This month’s guest recipe, Serradura, comes from Jess Friend at The Weekend Tourist who takes inspiration from a recent trip to Portugal and uses that store cupboard standby – a can of condensed milk.

“Serradura is a Portuguese dessert which I discovered on my recent trip Lisbon; it roughly translates to ‘sawdust’ in English, alluding to the look of the crushed biscuit layers. The traditional recipes use Marie Tea biscuits, but here I tried it with an amoretti twist, but you really could use any biscuit in the cupboard. It’s a great dessert that can be prepped in just a few minutes and chilled before a dinner party.” 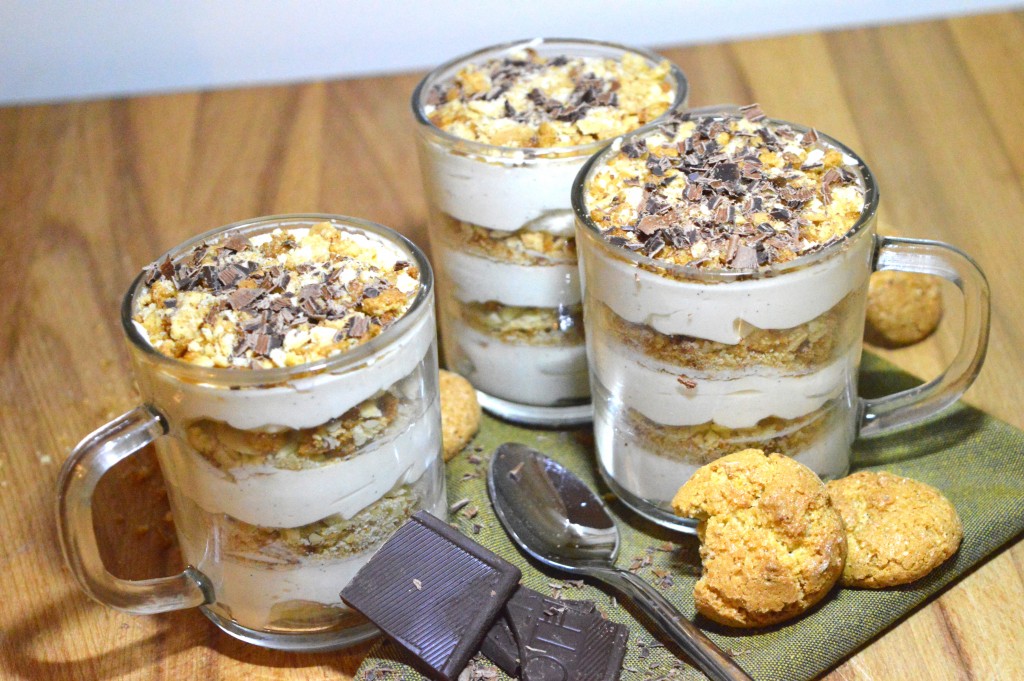 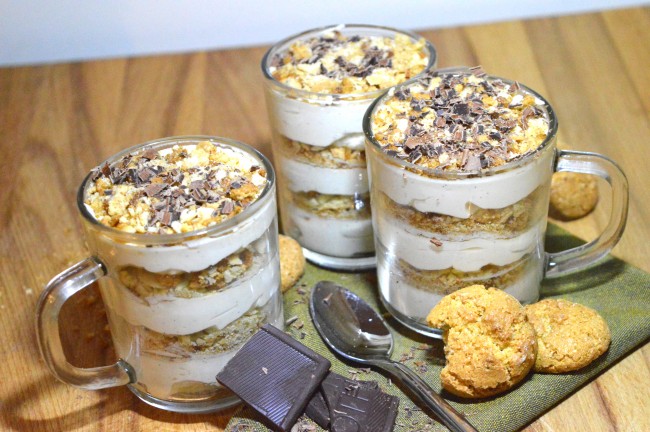